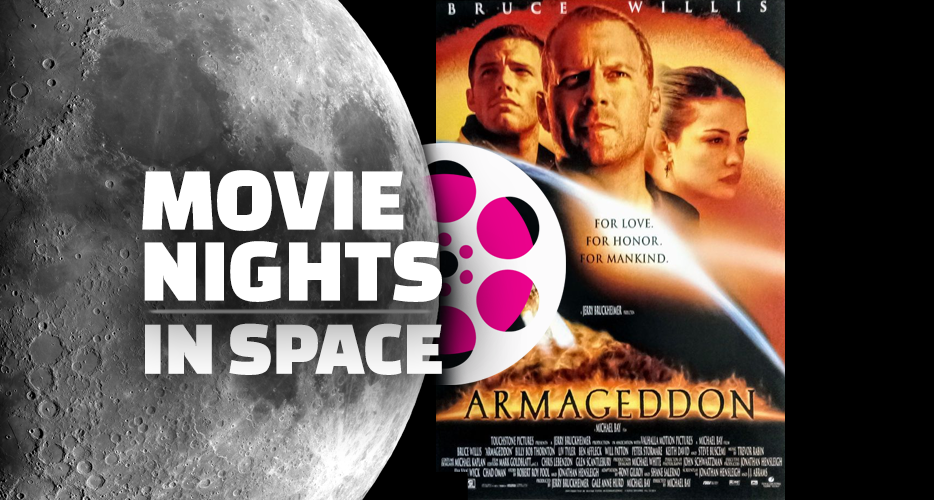 Join us for the opening night of our space-themed 2019 edition of Adams Morgan Movie Nights.

In addition to showing the classic 1998 Bruce Willis/Ben Affleck sci-fi thriller, we’ll be joined before the screening by the hosts of AirSpace, the official podcast of the Smithsonian National Air & Space Museum. They will be recapping and expanding on one of their favorite episodes that delved into the facts vs. fiction contained in the Michael Bay film. We’d suggest listening to the podcast first if you have the time.