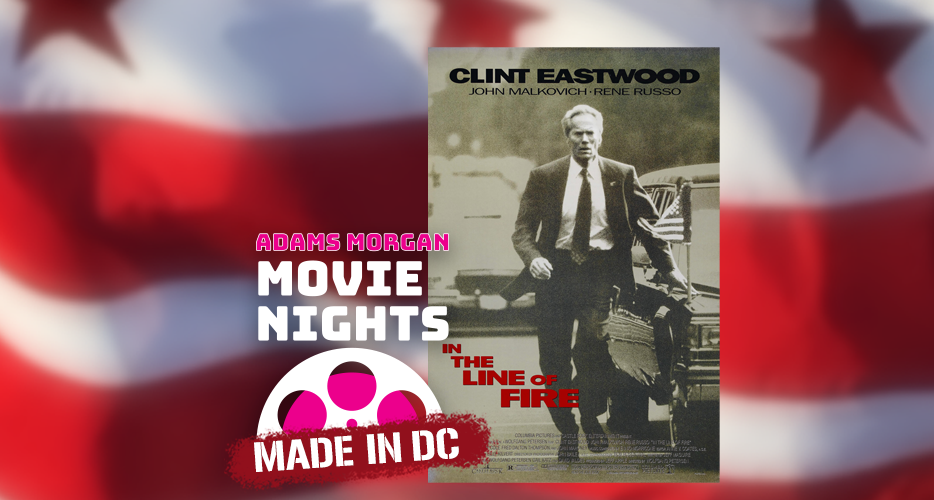 Movie Nights: In The Line of Fire

A Secret Service agent is taunted by calls from a would-be killer who has detailed information about the agent – including the fact that he failed to save President John F. Kennedy from assassination. The caller is revealed as an ex-CIA assassin, and the agent, who is investigating a threat to the current president, is determined not to let history repeat itself.
Several scenes from the movie were filmed in Adams Morgan.